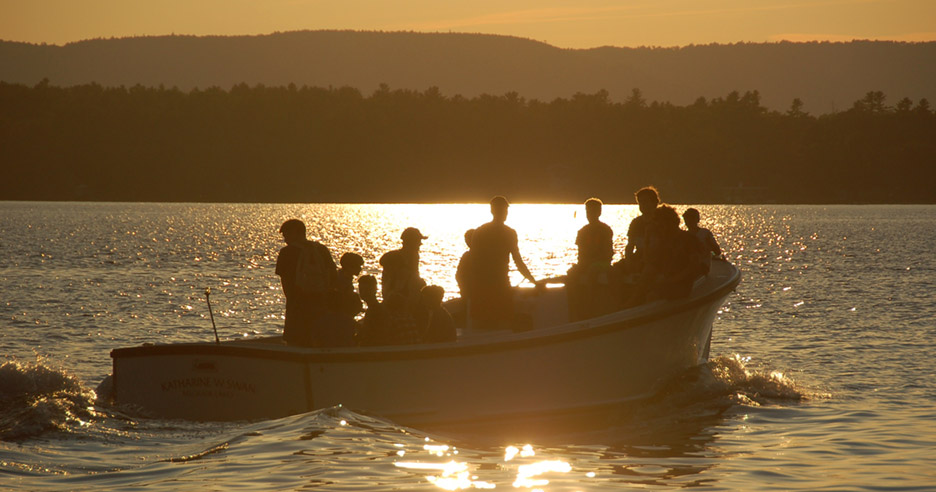 Thank you, Ben & Emily, for Thirty Years at the Helm!

Ben and Emily Swan have been running Pine Island Camp for 30 years. So much has been accomplished during those three decades. The camp made the transition from a family business to a non-profit institution under the supervision of a board of directors; emerged stronger than ever from the fire of 1995; celebrated its centennial; established the Expedition Camp program; instituted a rigorous staff training regimen; was strengthened by creating a meaningful place for women within the staff structure; saw enrollment reach record levels; increased outreach to alumni; took its first steps toward establishing an endowment; and so much more.

But 30 years is a long time, and Ben and Emily feel that the time has come to step back from active management of the camp; this summer will be their last living full time on the island. They are getting out of the way, but they aren't going far, as Ben's letter explains.

Over the past five years, the board of directors has been working with Ben and Emily to bring next-generation leadership on board and ensure a smooth transition. Applying the same care and skill that they use to form a community of campers and staff each year, Ben and Emily have assembled a team that has deep knowledge of the camp. As a result, Pine Island is entering its next chapter stronger than ever.

I know you will all join me in thanking the Swans for their years at Pine Island's helm. In the coming months you will hear about the festivities we are planning for 2020 to celebrate their service. I hope you will be able to join us then. Meanwhile, thank you for your devotion to Pine Island, and